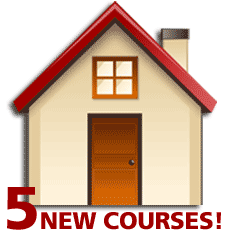 The ILS Homeowners Insurance Policy courses are designed for insurance agents and adjusters, and are NOW INCLUDED in the ILS General and Adjuster Subscriptions!

These courses are accredited in BC, Alberta, Manitoba, and Saskatchewan.
While modern home insurance is seen as an essential part of a typical Canadian family’s insurance coverage, that hasn’t always been case. Up until the mid-1960s, many homeowners purchased coverage only for their dwelling, believing their belongings had little value. Personal liability insurance was also uncommon. The Homeowners Forms of the 1970s helped to solve the problems of inadequate coverages and limits. However people were under-valuing their homes. It was not until the 1980s that valuation guides were required all new applications.

All five courses are now included in the general and adjuster continuing education course catalogues at no extra charge to ILS subscribers.

They can also be purchased individually as listed above for $85.